Amble through a twinkling market, mulled wine in hand, celebrate the festive season cruising the Rhine, or escape to the winter sun of the Middle East for a different sort of Christmas celebration...

If you are looking for traditional Christmas — whether that’s meeting Santa Claus in Lapland or visiting an authentic German market, or you may be in the mood for some winter sun, say in Mauritius or the Caribbean? Here are some ideas on how you could want to spend this festive season.

Iceland is the perfect holiday destination for travellers in search of Christmas spirit. Here, the festive season pulsates with lively Christmas markets, where wooden booths brimming with food, drink and gifts glitter as imposing Christmas trees stand guard.  Expect a true winter wonderland made up of wild lava fields and craggy mountains topped with snow for added sparkle. And, if things start to feel a bit chilly, there’s no better time to take a warm dip in the Blue Lagoon’s geothermal waters than when temperatures hit sub-zero. Take a self-drive into the mountains and catch the northern lights glimmering in the dark sky and don’t forget other seasonal sojourns such as trekking near the Snaefellsjokull glacier. 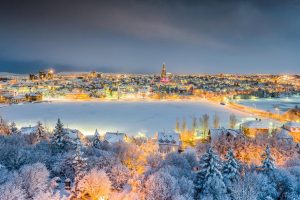 Spend the Christmas season afloat on the Rhine, accompanied by a glass of local wine as steep vineyards and historic castles slip by. You’ll find a Rhine cruise a soothing way to celebrate the festive season, as most journeys stop at Rhineland cities such as Cologne, Koblenz and Bonn. Here amid the twinkling lights, Yuletide lovers mingle in charming Christmas markets, while the swish of skates on an ice rink, shoppers’ voices and Christmas carols provide a lively soundtrack. 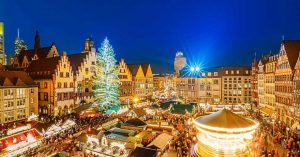 The Caribbean is made for cruises during Christmas. Here, it’s all about swimming in azure seas, beachcombing on sandy beaches, sipping on a glass of Brugal XV’s smooth rum, while back on board there’s plenty of spa pampering with yet another island on the horizon.

Barbados, the go-to Caribbean favourite, is at its most relaxed between mid-September and mid-December, when hotel prices drop by up to a third and the air-kissing, winter-sun-seeking regulars haven’t yet jetted in. There’s a risk of rain, but it never lasts long and the temperature’s still a balmy 27C. Explore the wild east. The island’s Atlantic side is an exhilarating whirl of dramatic shores (particularly around the little town of Bathsheba), rolling surf, flapping coconut palms and topsy-turvy hills that seem a world away from the congested beach resorts lining the west and south coasts. Drive over to bask in the peace and fresh air; Bay Tavern in Martin’s Bay is a mellow spot where Bajans take a break on Thursday afternoons, shooting (and feeling) the breeze at a “lime” (informal hangout). 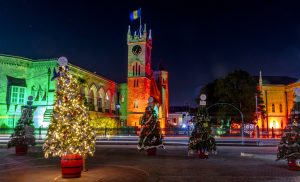 This small town is the Dutch center for Christmas festivities.
Valkenburg's Velvet Cave is transformed into a Christmas Market and the residence of Santa, where visitors can see his room of presents and reindeer sleigh. The cavern houses sculptures and an 18th-century chapel, as well as preserved mural drawings that date to Roman times. Gifts, luxuries, culinary treats and traditional crafts can be found at Valkenburg's  Christmas market. 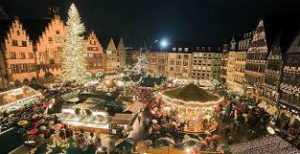 Best way to reach the Christmas town? A Christmas Express train that runs regularly between Simpelveld and Valkenburg.

Courchevel’s Russian moment — when it became a byword for oligarch excess — is over. But that hasn’t dented its status as a gathering ground for the world’s superrich. Broad, easy-skiing pistes combine with Michelin-starred restaurants and five-star hotels to create the most luxurious of all ski resorts. Boxing Day to New Year’s Eve has the biggest social buzz: think champagne bars and perfect teeth, set against a razor-sharp mountain ridge.

New Year in Courchevel isn’t cheap, so save where you can by booking a central self-catering apartment in the Forum. Brush up your skiing with New Generation Ski School, so you don’t take a tumble outside the key slope side bars. And don’t wait until December 31 to start the celebrations.